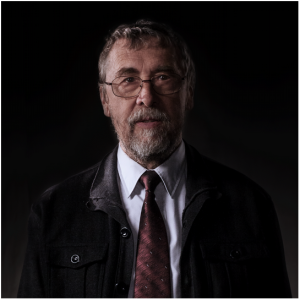 Since his student years, he has frequently collaborated with members of the generation of directors known as the Czech New Wave for whom he individually created image concepts according to the nature of their works. After graduating, his professional career began by his cooperation with Věra Chytilová, the first lady of the Czech New Wave, with whom he worked on her important, at that time still a graduate film “Ceiling”. More than 40 independent feature films followed among which are almost all the works by Jiří Menzel but also by many other directors. His first cooperation with Jiří Menzel, “Closely Watched Trains”, was awarded an Oscar. For Jiří Menzel, he developed, in accordance with specific requirements of this director’s films, technological options of both optical and laboratory nature. He has been teaching since 1985. He was the Head of the Camera Department between 1990 and 2005. He was appointed Professor in 1995. Since he has been aware of the artistic nature of his profession throughout his life, he became naturally a member of the research group addressing the methodology of authorised digital restoration of film works (NAKI) as authorised by the Ministry of Culture of the Czech Republic.