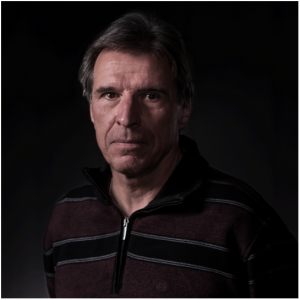 – In 1988, he was at a teaching internship in Finland, at the University of Industrial Arts Helsinki.

– Co-researcher of several projects at the Research Institute of Sound and Picture for the National Gallery in Prague in the area of architecture of light in exhibit space.

– Since 1995, he has been a Docent, his habilitation thesis was called “Light and Space in Visual Arts”.

– He is the head of the cabinet of image technology at FAMU, Deputy Head of the Department of Cinematography, Chairman of the Technical/Technological Board and Vice President of the Association of Czech Cinematographers (A.Č.K.)

– Since 2013, he has been a researcher of the NAKI research project, project focused on methodologies of digitisation of the National Film Fund.