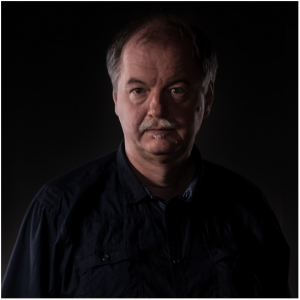 After graduating from FAMU in Prague, he was shooting feature films as an independent cinematographer. He became a founding member of a film company LAMPAFILM Prague. He shoots most frequently for the Czech Television but also for other European televisions and private domestic and foreign producers. The films involved are mainly feature films, feature-length film documentary projects, music videos and experimental art projects. Since 1995, he has been a full member of the Association of Czech Cinematographers (“ACC”), in 1999, he became a member of the Presidium of this Association and, in 2012, he became the President of the Association of Czech Cinematographers. He represents the ACC as a contact person in IMAGO – the European Federation of Cinematographers. There, he participates in international conferences and represents Czech cinematographers during negotiations with European cinematographers concerning copyright. Since 2003, he has been teaching cinematography at Prague FAMU; since 2005 as the Head of the Cinematography Department. In 2006, he received the Docent title and, in 2012, he received the title of Professor. He has been active as a lecturer also in the English language when teaching at FAMU International or American University, Washington DC, CET program, NY UNIVERSITY, SYRACUSE UNIVERSITY, YALE UNIVERSITY, EMERSON UNIVERSITY + FAMU International Programs. He acts as a juror at film festivals. He is a member of the Czech Film and Television Academy CFTA and the European Film Academy EFA. Since 2013, he has been the head researcher of the NAKI research project, the project investigating methodologies of digitisation of the National Film Fund.